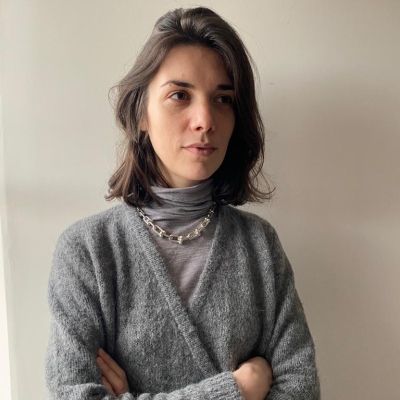 I am a Senior Architect at Zaha Hadid Architects in London as well as an Associate Lecturer at Buckinghamshire University.

I received a Master’s degree in Architecture from Sapienza University in Rome with distinction and have gained experience working as an architect for internationally renowned practices such as Shigeru Ban and UNStudio.

My work has been featured in international press including Le Monde, Cityvision and AJ, among others and I have exhibited my installation works in the Lyon Biennale in 2016, FestArch in Terni and Rome Open House in 2013.

I have been nominated juror of mOOO international architectural competition and have been a guest critic at the Bartlett UCL, the University of East London, the Edinburgh School of Architecture and the École Polytechnique Fédérale de Lausanne. I have also lead workshops in Rome, Pescara, Paris, Edinburgh and Xi'an.

I see architecture as a flexible and temporary system, to be assembled and reassembled according to speed and need of society. I pursue emotive architecture, inspired by human psyche and cultural context, and focus on interaction between built environment and nature. I am specialised in complex geometry and digital methodologies applied across scales.