Mary, a BSc (Hons) Nursing and Healthcare graduate, recently told us how she managed to go from BNU student to Senior Nurse at the River State University Teaching Hospital in Port Harcourt, Nigeria.

At BNU I learnt independent studying, how to search literature effectively, critical analysis of research materials and how to carry out evidence-based research. The Students’ Union did several activities on campus such as fundraising for many charities. 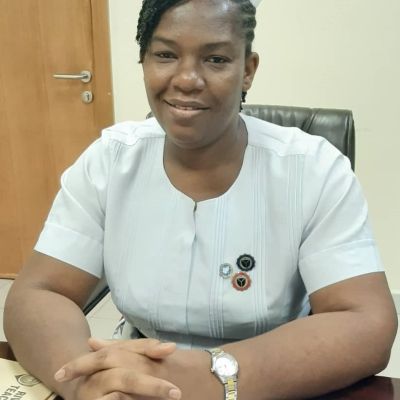 Although Mary initially felt nervous to join BNU, she soon settled in with the help of our International Student Support Team. “I was nervous and did not know what to expect as it was my first trip abroad and I knew nobody in UK. But the International office and the Students’ Union were there to help us through any anxieties we had. The international office ensured we were all comfortable and provided nearly everything we needed in a home ranging from bedding to pots and pans.”

Since graduating Mary has managed to put many of her skills into practice. She states that “learning was made very easy in the sense that no lecturer leaves the class after a lecture until everyone understands what was taught in class. Even if it’s only one person who did not understand, they will go extra mile to bring in another tutor to come and explain further and throw more light on the topic.” Her journey from BNU student to Senior Nurse has been one of great highs, she states that “BNU is the key to all that I have achieved and become.”

In BNU I learnt independent studying, how to search literature effectively, critical analysis of research materials and how to carry out evidence-based research. The Students’ Union did several activities on campus such as fundraising for many charities.

This gave me an idea that I later did in Nigeria. I set up my own non-profit organisation – The Golden Glimpse Health Foundation (GGHF). Not only does the charity offer free medical treatment to those who can’t afford it,  it also does home visit for elderly patients. This is something I did on placement whilst at BNU.

In my place of work (RSUTH) I introduced some changes in the nursing department based on what I learnt in BNU and what I witnessed in my clinical placement in UK. This change was accepted and adopted by the nursing department and it has greatly improved patients experience and ensured continuity of care. I also now teach everyone from doctors to waste handlers on infection prevention and control practices.

And to top all that off in 2019, I received the “Best Nurse Award” in the facility. All these feathers on my cap were made possible through the exposures and experiences at BNU! I acquired a whole lot of opportunities through BNU, all of which has made me to stand out in terms of patient care and in my nursing profession.

Patients always say “Mary you have a unique special way of carrying out your own nursing care, there is always a difference in the way you attend to us and very compassionately”. The answer is simple I was moulded at BNU!”

During this difficult time, Mary has been doing her bit to help patients. “I'm now a frontline worker and a volunteer working directly with Covid-19 patients in Rivers State since May 2020. I Learnt this volunteering spirit from my time at BNU.

Also in May when the pandemic spiked and there was total lockdown which caused hunger and increased poverty in the state as many lost their jobs and were laid off, my foundation began fundraising and offering a "free meals initiative" for patients in need, this helped over 374 people.

Finally, I just received a new appointment as a lecturer at the Department of Nursing Science at the Rivers State University. Before BNU I found it difficult to publicly talk, my time there helped me grow my confidence and now I'm an expert and will gladly take up the new lecturing post.”

Find out more about our BSc in Adult Nursing