It was an easy choice, BNU was for me. The modules and facilities looked amazing, and the lecturers were enthusiastic and excited. 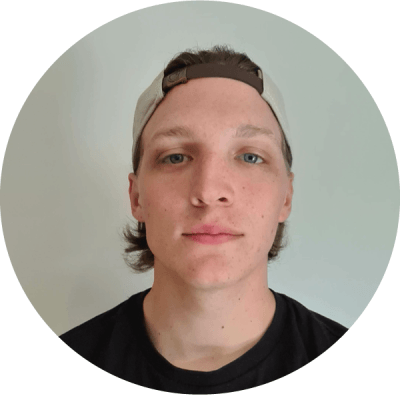 Since leaving BNU, BSc (Hons) Games Development graduate, Justin Leatherbarrow has managed to land himself and kick start his career as Junior Digital Developer for Vocala.

He recently sat down and shared with us some of his experiences as a BNU student and how that benefits him today.

Originally drawn to BNU for the quality of the course, Justin attended an open day. He shared that once he was able to meet and discuss the course in detail, it was clear ‘It was an easy choice, BNU was for me. The modules and facilities looked amazing, and the lecturers were enthusiastic and excited.’

Although Justin can now be found making waves in his new role, he mentions it wouldn’t have been doable without the support of his lectures and the level of teaching he experienced.

My lecturers covered a wide range of topics, as well as frequently getting in guest speakers. This enabled me to develop my knowledge and skills, making the transition from student into a professional smooth.

Throughout his time at BNU, Justin actively got involved with the Students’ Union events and societies, such as the badminton team. He comments that the ‘student community and relationship between BNU and the students made it a friendly and easy journey to getting involved. Some of my fondest memories are from the extra-curricular events I took part in, such as varsity.’

If you are thinking about study at BNU, our current students and great alumni would tell you to do one thing; ‘Go see for yourself what BNU have to offer, the open day I attended changed my life. I now have an amazing amount of good memories and a degree I am proud of.’

Find out more about our BSc in Games Development.