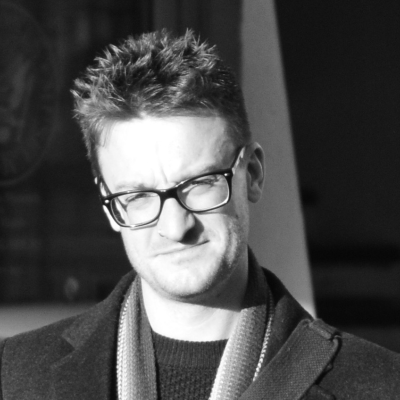 I began working in the music industry in my local independent record shop in the 1990s. Following this I became a full-time professional self-managed musician and consequently spent much of the late 1990s and 2000s immersed in the UK underground punk music scene. Highlights from these years include winning the National Battle of the Bands, signing to an iconic independent record label, receiving Radio 1 airplay, and performing at some of the UK's biggest and most famous music venues.

I am a multi-instrumentalist and continue to play, write, and record music. I have been at Buckinghamshire New University since 2014. I teach sociology, politics, philosophy, and entrepreneurship, and I act as Programme Leader on MA Music Business, BA (Hons) Music Business, and BA (Hons) Songwriting.