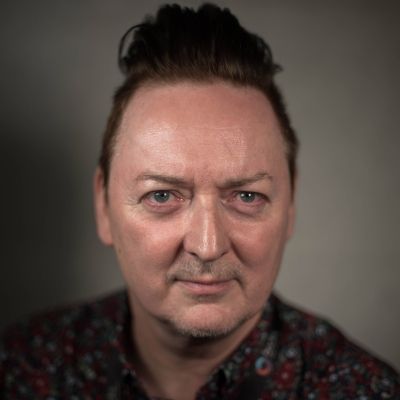 Before joining Buckinghamshire New University in 2012, I was Senior Lecturer in Performing Arts at The University of Chichester for 8 years. Before that, I taught in further education in Liverpool, introducing A-Levels in Theatre and Film to Knowsley Community College. Prior to entering into an academic career I was a successful performing artist with The Lotus Eaters and The Wild Swans, writing songs, composing music and performing  across a range of media and headlining at venues in the UK, Europe and South East Asia.

I studied for my BA in English and Drama at Liverpool University, my MA in Theatre and Film at Sheffield, PGCE at Liverpool John Moore’s University and for my PhD at the University of Reading.  My specialist area of research is intermediality in memory-themed, music-driven theatre and performance. It is interesting because theatrical performance is able to absorb different art-forms and incorporate different media, creating new ways of working and encountering performance.

I am a member of Theatre and Performance Research Association, co-founding the Performance and New Technologies Working Group with Any Lavender in 2006. I am also a member of Performing Rights Society and PRS and my original music compositions are published by Warner Brothers UK.

In addition to printed publications, my research is carried out through performance practice and I have staged a series of solo performances, Phantoms Of The Aperture (Ted 2015, The Hidden Jem 2017), and the headphone performance, Black Gold (2018) with Dr Ger Gormley. Each performance tests links between autobiographical recollection, sound, music and photography.  I have worked extensively with ground-breaking theatre company Station House Opera, documenting and staging telematic performances with them at BNU, including At Home In London And Gaza (2018). As well as publishing on theatre, I have recently contributed a chapter to The Bloomsbury Handbook to Popular Music Video Analysis  (2019) informed by my experience performing, writing and recording original songs with English neo-acoustic band, The Lotus Eaters and The Wild Swans. I am currently working on a monograph interrogating emerging modes of staging popular music performance, which in part expands on knowledge gain working in the industry in the 1980s and 1990s.

I am Co-Investigator of an AHRC funded project, Cyberformance: a study of online performance during the COVID-19 pandemic in the UK and Italy. The project is in partnership with UK and Italian universities and takes place from February 2021 – April 2023.